It is Audrey’s vision to encourage and teach every believer to a deep, intimate relationship with the Lord and to participate in interceding for those around us.

For the past 14 years, Audrey has taught many prayer workshops in Connecticut, as well as leading prayer meetings, night watches, and 24 hour seasons of prayer around the state.

Audrey Church is founder and president of House of Good Hope, Inc. a trans-denominational house of prayer established in Connecticut’s state capital.   Audrey has served in the Connecticut House of Prayer, Inc. since it was founded by Barbara Lachance in 1999. She had served as a regional prayer leader, Barbara Lachance’s assistant, and for 4 years served as executive director of this statewide prayer network.

Audrey has taught several workshops and seminars on all aspects of prayer: 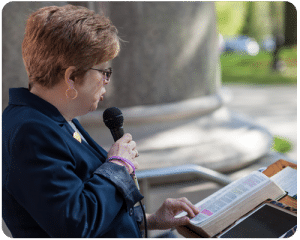 Audrey is available to speak for retreats, workshops, seminars. 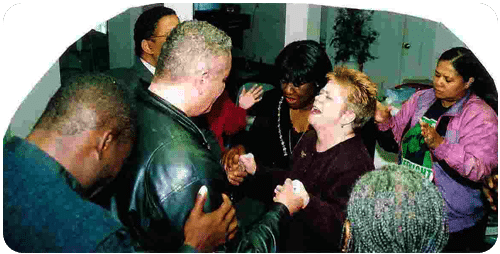 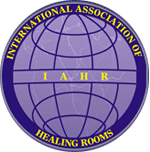 “Audrey McIntyre is a servant hearted leader who has a passion for prayer and to see revival come to the Hartford region. Through her leadership hundreds of people have been and continue to be inspired to pray and intercede for a breaking in of God’s power in that region. I strongly encourage people to join Audrey’s vision and the House of Good Hope”.
Justin Rizzo

“Audrey McIntyre lives out her passion for the Kingdom and her desire to see it come to the city and citizens of Hartford.  She embodies the House of Good Hope in her prayers, in her relationships and in her actions.  Her life is a testimony that Jesus is speaking hope and good plans to Hartford”.
Rick McKinniss

“I’ve known Audrey McIntyre for over 20 years, in one capacity or another in the Body of Christ. She has always been totally committed to the Lord, and to seeing His Kingdom advance in CT, and especially in Hartford! She is a demonstration of His heart as she perseveres in love and pray in faith with His authority! She consistently radiates a positive confidence and inner joy that refuses to be overcome by circumstances, and she has a deep compassion for those who don’t yet know the Lord and struggle with darkness. As she has led others to His Throne of Grace to find help in their time of need, and to worship Him, she’s been a carrier of His Light and have impacted those around her more than she may realize. She is an encourager, and an example for others to follow. Her life is bearing His good fruit, fruit that will remain, because she loves Him with a pure heart, fervently! Audrey is a gem!!”
Deb Bensen, Vermont State Coordinator

“Audrey McIntyre is a visionary leader who has been spearheading prayer in the city of Hartford for many years.  Through the ministry of House of Good Hope Audrey continues to bring a positive “can do” attitude to every situation she encounters.  I am blessed to call Audrey a friend and colleague.  Her ability to cross racial, ethnic, socio-economic, and denominational barriers is an inspiration to me and anyone else seeking to transform urban centers through prevailing prayer”. Blessings!
Christ John Otto, Director

“It has been our great pleasure and privilege to be associated with Audrey McIntyre for the past 6 years. She is a woman of compassion and great faith. Audrey has been devoted to seeing prayer established in Connecticut and across New England for far longer than we have known her. She is inspiring, humble, determined and more. We have been in and out of each other’s houses of prayer over the years, and no matter where we are, we feel so “at home” with the other! This is how the Church is supposed to operate, and we are the richer for being part of the Church with Audrey”!
Ralph and Sue Egyud

Audrey’s easy smile, twinkling eyes and a welcoming manner, could belie her passionate devotion to the Lord. Her encounters with Him, in worship and prayer, have been the catalyst to spur others to embrace a lifestyle of intercession. Francis Frangipane once described praying mamas as “pit bulls with lipstick on”. Such is Audrey’s fervor for our regional churches and the people of such gatherings, to embrace the heavenly mandate, to become a Praying Church. Even the land of our beloved State cries out for such a sustained effort of prayer. Audrey’s labor pains, for that to happen, have the complete approval of Heaven. In that, the heavenly hosts rejoice over what has already been established and what this area will become. Audrey has answered her call with humility, gladness and grace.
Linda Kosinski Maynard

Intercessor and Board Member of the House of Good Hope, former State President of Aglow International, Artist and Author 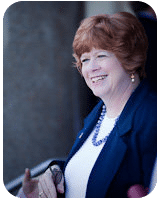 Invite Audrey to speak for your group or ministry!